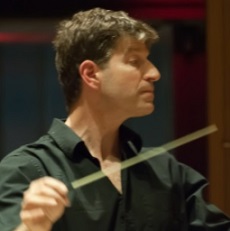 Conductor David A. Grunberg is founder and director of the Spectrum Symphony of New York. Concert reviewers have described his performances as “powerful, kinetic performance,” having “precision and enthusiastic fervor,” “determined focus,” and being “positively joyous”. Grunberg’s musical training and practice includes violin performance, theory, conducting, choral singing, composition. From 1994 to 1998 he was Assistant Conductor of the New England Philharmonic, where he conducted works by prominent and emerging living composers. From 1998-2001 he was Music Director of the Cape and Islands Youth Symphony Orchestras (MA), who under his direction were “renown for their expertise and voracity” (Art Talks Cape Cod). His recent repertory with Spectrum includes, in addition to the standard orchestral repertory, solo concertos by Mozart, Brahms, Schumann, and Prokofiev; and premieres by Balint Karosi, David Biedenbender, Bruce Saylor, Philip Wharton, Anthony Iannaccone, Peter Alexander, Lev Zhurbin, JunYi Chow, Russell Courter, Deborah Mason, and Nick DiBerardino. He conducted the world premiere of Deborah Mason’s full-length opera “The Rape of the Lock” in 2016 with soloists and orchestra. Grunberg studied violin, theory, and composition at Cornell, Berklee, and Juilliard. An alum of the Conductor’s Institute at Bard, and The Pierre Monteux School, his principal conducting mentor in Boston was opera conductor Jeffrey Rink. Grunberg has conducted in masterclasses in vocal conducting with Gustav Meier and Kenneth Kiesler in Michigan. (photo credit: Alan Ravage) 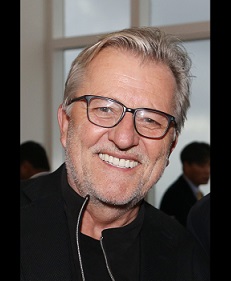 High performance C-level executive for nearly 30 years, Jan Willem van Bergen Henegouwen has developed a unique blend of business experience and community services. On the business side, he has risen to the top ranks of the hospitality industry. In doing so, he has accumulated a rare and valuable combination of experience at leading hotels and resorts worldwide. Multi-lingual Mr. van Bergen began his career for many years at the Hotel de Paris in Monte Carlo and worked in a variety of highly rated hotels in the United States, including the Waldorf Astoria, the Helmsley Palace, the New York Hilton. He is involved with numerous charitable organizations and raises awareness about the responsibilities to be more sustainable and responsible in non-profit organizations. He has a forward looking entrepreneurial approach to business keeping in mind the fact that the impact on society can contribute to healthier economics in the future. Mr. van Bergen was acknowledged for his contributions to non-profit community services as the distinguished recipient of the American Resort Development Association (ARDA) – ACE Community Service Award in 2000 for his work in the inner cities within New York City. 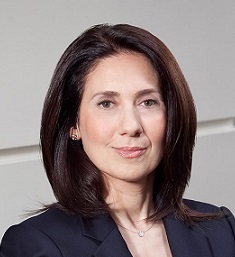 Florence Dupont is a partner at Financial Decisions, LLC, a wealth management firm. She advises high-net-worth individuals on all aspects of their financial lives.

Raised in Paris, France, Florence attended Universite Paris-Dauphine where she earned a Maitrise de Gestion (the French equivalent of a Master’s degree). In 1992, she earned her MBA at Baruch College and decided to settle in New York permanently. Florence also earned the Certified Financial Planner designation from the College for Financial Planning. She went on to become a US citizen in 2001.

Florence is passionate about giving back to the community. In addition to serving on Spectrum’s Board since its inception, she is also a director of the New Dawn Foundation. She was a mentor to a young girl as part of the Grand Street Settlement Mentoring Program for many years. This young girl, whom she started mentoring when she was 10, is now 27 years old and thriving. Florence also co-founded Mentoring Tree Foundation which for many years provided educational scholarships to children who were in mentoring relationships.

A life-long lover of music, Roberto’s appreciation for the arts began as a young boy when he was gifted his first guitar. He soon realized the feeling music evoked in him was something that could be conveyed, and appreciated, universally. After moving from the suburbs of Italy to New York as a teenager, Roberto began working as a mason where he explored his passion for building and craftsmanship. Staying true to what he loved, he spent much of his free time performing in bands with friends. This proved to be a source of constant inspiration.

Over the course of his professional life, Roberto has developed a unique combination of skills as an accomplished, multifaceted professional with an impressive background as a corporate CPA. Roberto’s accounting and finance career began in 2002 with Deloitte, one of the world’s largest consulting firms. He subsequently served as VP and Director to a leading real estate investment company, where he managed a team responsible for the financial reporting of a large portfolio of NYC investment properties. A licensed real estate agent, Roberto recently joined Signature Premier Properties in the Summer of 2018, and is also a member of the Long Island Board of Realtors.

Roberto tends to gravitate toward people and things that inspire him, challenge him, and add to his personal growth. Above all, his heart lies with living a life of honesty and mindfulness, which have made his connection to music and community even more meaningful than before. 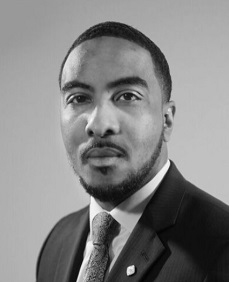 Dwayne R. Norris a Financial Services Professional with over 13 years of experience in business, retirement & estate planning. Dwayne is a six time qualifying member of The Million Dollar Round Table, The Premier Association of Financial Professionals. Success for Dwayne has never been defined by money or material possessions. He takes the most pride in providing top notch service to his clients and being there for them and their families in moments of need. Having delivered millions of dollars to the beneficiaries of his clients he sees first-hand the impact their decisions can have on the community for generations to come. This desire to serve is reflected heavily in the other areas of his life.
Dwayne is a constant donor to nonprofit organizations, but gets the most satisfaction from hands on community service work. As President of the Rotary Club of Harlem he has spearheaded many projects; including book drives that have enabled the donation of over three thousand new books to students in Harlem schools. He works with organizations annually to read to the children and teach them to dream big and work for their goals. Dwayne volunteers with several other local NYC non-profits and is a martial artist who teaches Bruce Lee’s Jeet Kune Do and advocates living a healthy lifestyle. Dwayne was recently honored by The Brooklyn Crown Heights Lion’s Club at their 40th annual gala with their most prestigious, Community Service Award. (photo credit: James Dima)

Taiwanese pianist Hsin-I Huang captivates his audiences with his virtuoso performances, in which he exhibits masterful playing and profound musical sensitivity. His impressive range has attracted much praise, and his illustrious career has earned him many awards. As a soloist and chamber musician, Mr. Huang has performed throughout Asia, Europe, and the United States and continues to hold recitals around the world.

Besides the demanding performance schedule, Mr. Huang is now an adjunct professor at Queens College and he has also been invited to conduct masterclasses in both US and Taiwan.

Mr. Huang’s first solo album “Bach/Busoni-Brahms-Schumann” was published in 2015 and the recording was featured in the movie “warmth.” The second album “Mighty Shadow – Rachmaninoff – Mussorgsky” was published in 2016. Both albums are available on iTunes and in 14,000 stores worldwide.

Young Artist Concerto Competition – Founding Executive Committee (2017)
David A. Grunberg, Artistic Director, Jan Willem van Bergen Henegouwen, Director of Development, and Susan Heerema, concertmaster. In early 2018, Hsin-I Huang, pianist and adjunct professor, was voted onto the board and was appointed as the Director of the Concerto Competition. 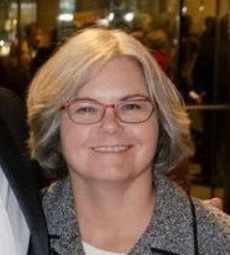 Catherine Belford Budd, M.D. has had a passion for music since childhood, whether in the audience or performing as a flutist. After retiring from clinical and academic practice in Pennsylvania, Catherine returned to teaching medical students. She is also active in inter-faith and social justice issues as a member of the Vestry at St. Bart’s and the Advocacy Leadership Committee at NCJW NY (National Council of Jewish Women New York).